Freemasonry means different things to each of those who join.

For some, Freemasonry is about making new friends and acquaintances. For others it’s about being able to help deserving causes – making a contribution to family and society. But for most, it is an enjoyable hobby.

Freemasonry is one of the world’s oldest and largest non-religious, non-political, fraternal and charitable organisations. It teaches self-knowledge through participation in a progression of ceremonies. Members are expected to be of high moral standing and are encouraged to speak openly about Freemasonry. The following information is intended to explain Freemasonry as it is practised under the United Grand Lodge of England, which administers Lodges of Freemasons in England and Wales and in many places overseas.

Freemasonry is a society of men concerned with moral and spiritual values. Its members are taught its principles (moral lessons and self-knowledge) by a series of ritual dramas – a progression of allegorical two-part plays which are learnt by heart and performed within each Lodge – which follow ancient forms, and use stonemasons’ customs and tools as allegorical guides.

Freemasonry instils in its members a moral and ethical approach to life: its values are based on integrity, kindness, honesty and fairness. Members are urged to regard the interests of the family as paramount but, importantly, Freemasonry also teaches concern for people, care for the less fortunate and help for those in need.

There are over 200,000 Freemasons belonging to more than 7,000 Lodges throughout England and Wales, and Districts overseas. Every Freemason has his own reason for joining. What’s yours? 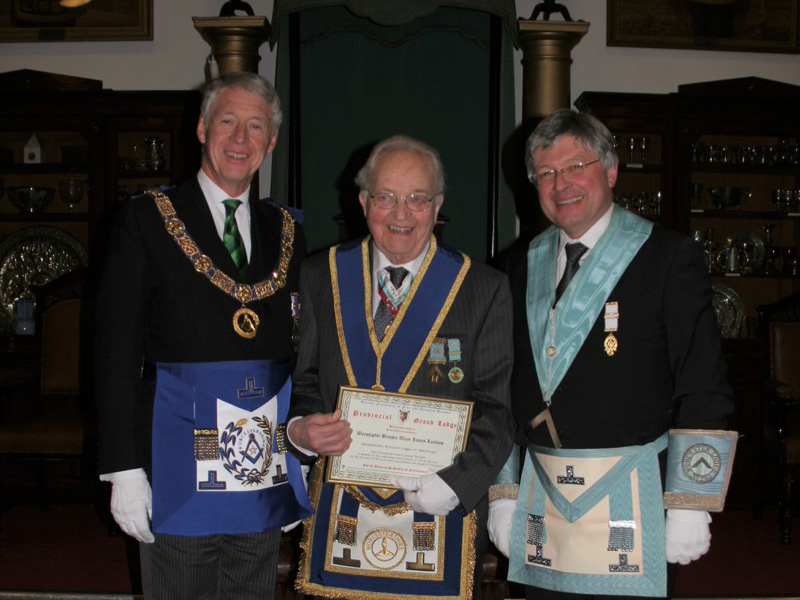 THINKING OF BECOMING A MASON?

People might think that to become a Freemason is quite difficult. It’s actually straightforward. The essential qualifications for admission is that you have a belief in a Supreme Being… we’ll explain more when you get in touch.