In compiling this Concise History of the Worcester Lodge 280, which is always referred to by its members as “Two-Eighty”, I am conscious of the debt that I owe to several brethren who in the past gave papers on various aspects of the Lodge History, which have been preserved attached to the Minute Books.

The first eighty years of Worcester Lodge were amply and expertly covered by W.Bro. C C Whitney Griffiths in his “Reminiscences of Worcester Lodge of Freemasons, No 280 and of other Masonic Institutions in the Province and City of Worcester”, which was published by the Lodge for presentation only in 1870.  He followed this two years later by publishing a Supplement, which among other Rolls, includes a complete list of members from 1791 to 1872 with details of their professions, Masonic history or remarks where available.

The extensive history published in the newspaper at the Centenary Celebrations was brought up to date by W.Bro F G Underwood, but it is a sad omission that the history commissioned by the Lodge in the Nineteen Thirties from his son, W.Bro F J Underwood, was never published, although he reported that it had taken him 30 years to write it!

I have thought it proper to call this a concise History, as by its brevity it may serve to be at once rather more interesting for general use and at the same time draw the attention of brethren with a historical interest to some of the events in the last 200 years which have merited studies in depth or which may in the future warrant further investigation.

In an attempt to relieve the boredom that would be inevitable from the monthly records of the Ceremonies or other standard business of Worcester Lodge 280, I have tried to show how valuable our Minutes are as an unbroken record of 200 years of Masonic, Social and Charitable history in the City of Worcester.  It is a record to be proud of and brethren of the lodge, may be gratified with the labours herein recorded, the Ceremonies, the Traditions, and the Customs with which are familiar today have been passed down to us, virtually unaltered, and it should likewise our duty to pass them to future  members of ‘280’.

There is, for me, no more fitting way to conclude this Introduction of the Concise History of the first two hundred years of Worcester Lodge 280 than closing words of Whitney Griffith’s Reminiscences:- 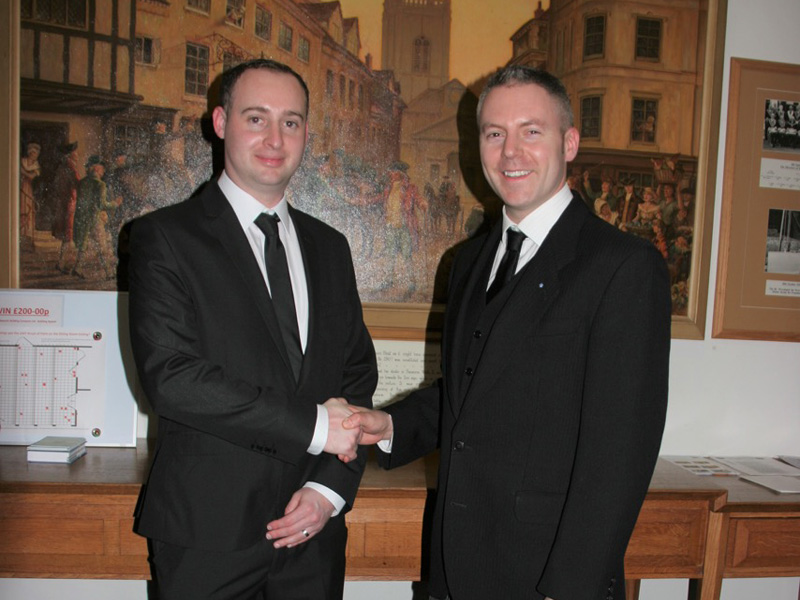 Freemasonry means different things to each of those who join. For some, it’s about making new friends and acquaintances. For others it’s about being able to help deserving causes – making a contribution to family and society. But for most, it is an enjoyable hobby.