In August 1884 an enterprising Mason from Kidderminster named George Taylor organized a Masonic exhibition in the Guildhall, Worcester, under the joint sponsorship of the then Provincial Grand Master, Sir Edmund Lechmere, Bart., and the Mayor of Worcester, W.B. Williamson, who was a member of the city Lodge Semper Fidelis.

This was the first exhibition to be mounted in the Midlands and it attracted interest from all over the country, with over 1,000 exhibits loaned by England’s leading collectors, about 100 of these coming from Bro. Taylor’s own collection of memorabilia. The display made such an impression that shortly afterwards the Province negotiated ti buy Bro. Taylor’s entire collection, which he generously sold at cost price.

Such was the origin and nucleus of the museum. The first catalogue appeared in 1891, jointly compiled by George Taylor and the famous Masonic scholar William James Hughan, and it is still an invaluable work of reference. It shows that some of our most interesting exhibits go back to the Taylor inheritance, including the original `Hogart’ Grand Stewards’ Jewel, two of our antique manuscripts and other treasures.

Since then the Museum has grown steadily thanks to generous benefactions by Worcestershire Masons as well as judicious purchases from time to time: the most notable of these was the Shackles Collection, an internationally renowned assemblage of Masonic medals from continental Europe and Elsewhere, which the Province acquired in the 1920s.

The Library and Museum is usually open every Tuesday and Thursday from 10.00 am until 12.00 noon, except during the Christmas and New Year period. We will also be open on the second Saturday of the month from March to September, between the hours of 10.00 am and 4.00 pm.

The Librarian & Curator, Bro. Bob James, is very happy to open at other times by prior arrangement. Bob can be contacted at the Museum by emailing info@worcestermasonicmuseum.co.uk – or by telephone 01905 24971 during the Museum Opening Hours. 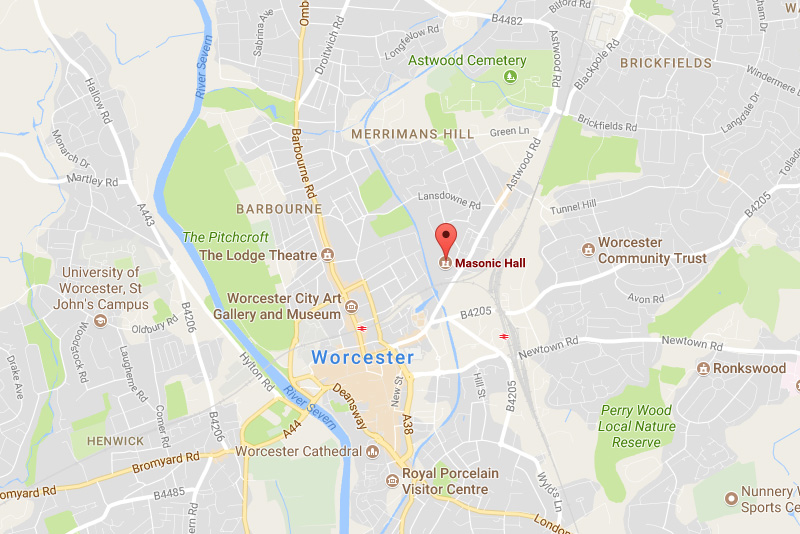